One month of protests 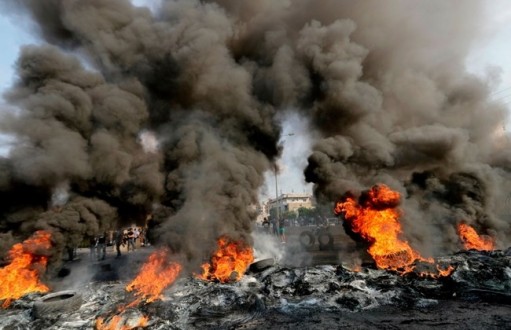 Oct. 17, Day 1: The Lebanese government announces it will impose a $0.20 tax per day on online calls, in addition to a gradual increase in value added tax. Thousands take to the streets, blocking roads with burning tires. The government backtracks on taxes. Police use water cannon and rubber bullets to disperse protesters. Two Syrian workers trapped in a shop die during riots in Beirut. Dozens of injuries reported.

Day 3: Tens of thousands in the streets after a night of violence. Hussein al-Attar is shot and dies on the airport road after trying to prevent someone from taking money to move people across a roadblock. Protesters set up tents in squares across country.

Day 4: Hundreds of thousands come together in unprecedented nationwide demonstrations against the ruling class. Lebanese diaspora also gathers across the world in support of the uprising.

Day 5: Cabinet approves an economic reform package along with the 2020 state budget with a 0.6 deficit-to-GDP ratio. Lebanese stick to the streets, demanding the government’s resignation and an overhaul of the decades-old sectarian political system. The Army stops alleged Hezbollah and Amal Movement supporters from sabotaging protests in Downtown Beirut.

Day 10: Tens of thousands take to the streets as security forces fail to clear roadblocks.

Day 11: Lebanese attempt 170-kilometer human chain, standing hand in hand along the coast in a symbol of national unity. Members of the Lebanese diaspora protest in London, Sydney, Paris and the U.S.

Day 13: Hariri resigns, bringing down the government. Amal Movement and Hezbollah supporters attack protesters on the “Ring Bridge” and burn tents in Riad al-Solh Square and Martyrs’ Square. Security forces do little to stop them.

Day 15: Aoun’s speech, marking the three-year halfway mark of his presidential term, brings people back to the streets.

Day 17: Life appears to get back to normal. Roads open, cars move freely.

Day 18: “Sunday of Unity” brings tens of thousands to the streets in a new wave of momentum. The Free Patriotic Movement holds rallies near Baabda Palace in support of Aoun and his son-in-law, FPM leader Gebran Bassil.

Day 19: Protesters push forward with roadblocks to urge the formation of technocratic government.

Day 22: Political leaders’ portraits are taken down in Tripoli. Thousands of students move their classes to public spaces.

Day 27: “If they see no decent people in this state, let them emigrate,” Aoun tells protesters, reigniting the uprising as protesters return to roadblocks. Protester Alaa Abou Fakher is shot by an Army Intelligence member in Khaldeh and dies in front of his wife and child.

Day 28: Armed men allegedly linked to the FPM attack protesters in Jal al-Dib, with one opening fire. A protester in Baabda is arrested and allegedly beaten by security forces.

Day 30: Protesters gather outside police stations, demanding the release of friends and family. The Army says out of 20 people it arrested, nine were released, seven were held and four were referred to the judiciary. 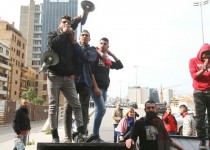 Houshig KaymakamianZoe Dutton – The Daily Star Violence briefly threatened to taint popular protests again Friday night as the Central Bank headquarters in Hamra was targeted by a handful of demonstrators late in the evening. Riot police from the Internal Security Forces quickly arrived at the scene but no scuffles ensued, in a stark contrast to the previous few nights. ... END_OF_DOCUMENT_TOKEN_TO_BE_REPLACED 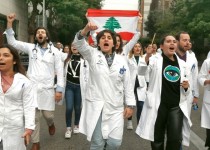 Hussein Dakroub – The Daily Star Hezbollah has intervened with its allies to overcome the last remaining hurdles holding up the formation of a new government, a party lawmaker said Friday, as demands by various parties for greater representation have threatened to stall the Cabinet formation. “Hezbollah is mediating in the Cabinet deadlock and is making great efforts with its ... END_OF_DOCUMENT_TOKEN_TO_BE_REPLACED 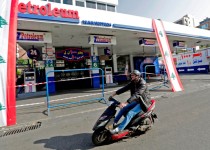