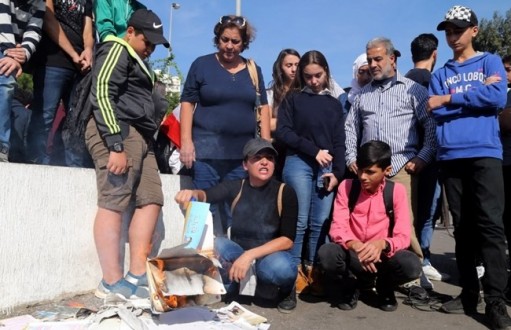 Several hundred school students protested Thursday in Lebanon against what they described as an outdated curriculum that makes no mention of the multi-confessional country’s 15-year Civil War. The protest outside the Education Ministry was the latest in nationwide anti-state demonstrations to have gripped Lebanon since Oct. 17.

History lessons in school textbooks stop with the withdrawal of French troops in 1946 – three years after the end of France’s 23-year mandate over Lebanon. But a lack of consensus over a common version of the 1975-1990 Civil War in the country has led to it being completely omitted from the curriculum.

Likewise, textbooks make no mention of key events afterward, such as the withdrawal of Israeli troops from southern Lebanon in 2000 or the mass protests that ended Syria’s military occupation in 2005.

Eighteen-year-old Aya Haider said she had endlessly studied the First and Second World Wars, but had been taught almost nothing of her country’s recent history.

“I know nothing about the Civil War,” she told AFP, in a country where each religious community has its own version of historical events.

“My parents and friends told me that people would get stopped because of their identity cards,” she said, referring to militiamen singling out members of certain religious sects at checkpoints during the conflict.

The rest, she says, she learned in dribs and drabs through acquaintances at recent anti-graft protests.

Since last month, Lebanese from all religious backgrounds have taken to the streets en masse to cry out against what they view as an incompetent and corrupt ruling class.

Students have emerged as a leading force during the protests, saying they will gladly lose a year’s schooling to help rebuild their country.

Lebanon’s economy is under severe strain after a series of political crises compounded by the eight-year war in neighboring Syria, and youth unemployment stands at more than 30 percent. 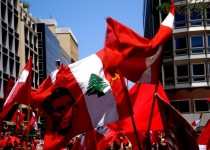 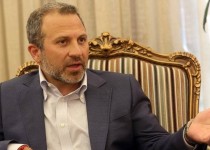 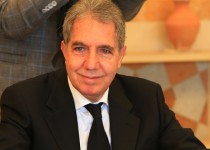