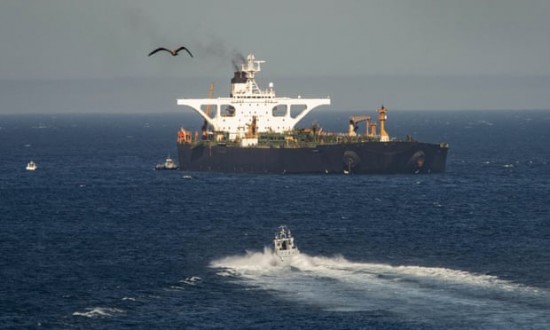 The Iranian supertanker at the centre of a diplomatic row between Britain and Iran left Gibraltar on Sunday night, according to shipping data.

The marine traffic monitoring site Refinitiv showed the vessel moving away from the British territory, where it had been held for six weeks. Shortly later Refinitiv said the tanker revised its destination to Kalamata.

The news came hours after Gibraltar rejected a final US request to detain the oil tanker Grace 1 – now renamed by Iran as Adrian Darya 1 – any longer. Filled with 2.1m barrels of oil, the ship’s cargo is worth an estimated $140m (£115m).

Royal Marines first seized the vessel off the shores of Gibraltar on 4 July, saying that it was carrying oil bound for Syria in breach of EU sanctions.

That prompted Iran to seize the British-flagged tanker Stena Impero in the Gulf in retaliation a fortnight later, sparking a crisis in diplomatic relations between the two countries. Britain responded by sending out a second warship to the Gulf to offer greater protection to merchant shipping.

Iran has denied that its tanker was ever headed to Syria. The vessel’s detention looked like it had ended last week, after Iran gave a commitment in writing to Gibraltar that it would not sail to Syria or anywhere else covered by EU sanctions.

But there was fresh legal uncertainty on Friday, when a federal court in Washington issued a warrant for the seizure of the supertanker, the oil it carries and nearly $1m, saying there had been a breach of US sanctions against Iran.

The US claims the tanker is controlled through a network of front companies by Iran’s Revolutionary Guards, which are the target of its sanctions and have been designated a terrorist organisation.

However, Gibraltar said on Sunday it could not comply with that request because it was bound by EU law. “The EU sanctions regime on Iran is fundamentally different to that the US,” Gibraltar said. Authorities there added that the Revolutionary Guards were not designated a terrorist organisation under EU, UK or Gibraltar law.

Without the territory agreeing to the US request, there were no immediate legal obstacles left to the supertanker setting sail.

Mahmoud Vaezi, the chief of staff to Iran’s president Hassan Rouhani, told the country’s Mehr news agency that the release amounted to a “diplomatic victory”. Other officials said Iran had made no commitments regarding the future destination of the vessel – and denied that Syria was its ultimate destination.

That prompted Gibraltar to accuse Iran of making “self-serving political statements”. Written assurances had been provided earlier in the week, Gibraltar indicated, and “evidence located aboard” the supertanker showed it was going to Syria.

Fabian Picardo, the chief minister of Gibraltar, said he had been assured in writing by the Iranian government that the tanker would not unload its cargo in Syria.

Tehran said it was ready to dispatch its naval fleet to escort the tanker if required. Hossein Khanzadi, Iran’s navy commander, was quoted as saying: “The era of hit and run is over … if top authorities ask the navy, we are ready to escort out tanker Adrian.”

Iran’s ambassador to the UK had announced the vessel’s imminent departure earlier on Sunday. Hamid Baeidinejad said on Twitter: “With the arrival of two specialised engineering teams to Gibraltar … the vessel is expected to leave tonight.”

He added that “round-the-clock efforts to carry out port formalities and deploy the full crew on to the ship” had taken place since Gibraltar lifted the vessel’s detention on Thursday.

The Astralship shipping agency in Gibraltar, which has been hired to handle paperwork and arrange logistics for the Adrian Darya 1, told the Associated Press that a new crew of Indian and Ukrainian nationals were replacing the sailors on board.

The Iranian ship was detained while sailing under a Panamanian flag under the name Grace 1. On Sunday, video footage and photographs showed the tanker flying the red, green and white flag of Iran and bearing its new name, painted in white, on the hull. Its previous name had been painted over. 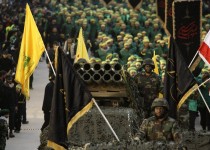 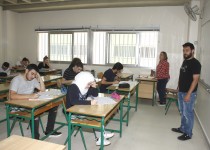 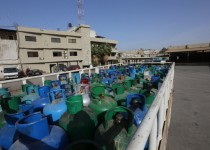