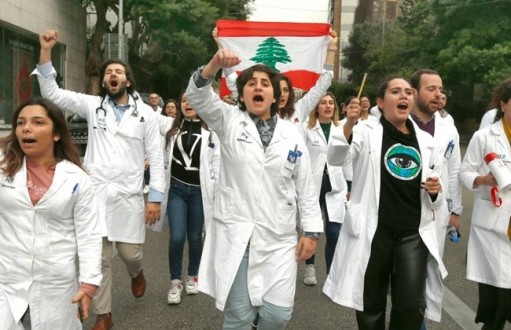 Hezbollah has intervened with its allies to overcome the last remaining hurdles holding up the formation of a new government, a party lawmaker said Friday, as demands by various parties for greater representation have threatened to stall the Cabinet formation.

“Hezbollah is mediating in the Cabinet deadlock and is making great efforts with its allies to facilitate the formation of a new government because the government is urgently needed to face internal and external challenges,” Hezbollah MP Hassan Ezzedine told The Daily Star.

Despite the gloomy prospects that hung over the Cabinet formation process Thursday following last-minute hitches over the representation of the Marada Movement and the Druze sect, Ezzedine sounded optimistic that the deadlock would be broken soon.

“Things are heading toward a resolution to some thorny issues that have hindered the announcement of an 18-member government of specialists this week,” the Hezbollah MP said: “We are very close to announcing the Cabinet lineup.”

Caretaker Minister of State for Parliamentary Affairs Mahmoud Qmati, one of three Hezbollah ministers in the outgoing Cabinet, also said he expected a new government to be announced by Prime Minister-Designate Hassan Diab in the next couple of days. “Efforts are underway to untangle the remaining knots,” Qmati told The Daily Star without elaborating.

Hezbollah is believed to be talking with its allies, the Marada Movement, MP Talal Arslan, head of the Lebanese Democratic Party, and the Syrian Social Nationalist Party to resolve the problem of their representation in an 18-member Cabinet of technocrats planned by Diab.

Earlier Friday, a political source said demands by four parties for increased representation in the new government have stalled formation.

In the leaked Cabinet lineup of 18 specialists, the Marada Movement and the Catholic sect were each allotted one minister.

Marada Movement leader and former MP Sleiman Frangieh is set to talk about the Cabinet formation and the party’s representation at a news conference at 11 a.m. Saturday at the Marada Foundation in the northern town of Bneshaai. Frangieh, an archfoe of caretaker Foreign Minister Gebran Bassil, was reported to have accused Bassil of naming all the Christian ministers in the new government.

Patriarch of the Melkite-Greek Catholic Church, Youssef Absi, reportedly reached out to Diab in recent days to demand better representation.

In a statement issued by his media office Friday, Absi warned of what he called the “continued unfairness” against the Melkite-Greek Catholic sect.

“The patriarch recalled that the Greek Catholic sect is a main and historic component in Lebanon. It is unacceptable to undercut its rights, role and representation in the state as long as the sectarian system still exists and everyone is upholding it,” the statement said.

Adding to the complications is a demand by Arslan for ministerial representation. The Druze sect was given one minister in the planned 18-member lineup. Arslan has specifically called for the Industry Ministry, in addition to another ministry representing the Druze sect.

Arslan’s Druze rival, Walid Joumblatt, leader of the Progressive Socialist Party, has said his party’s bloc will not participate in the next government. Neither will the blocs of the Future Movement, the Lebanese Forces and the Kataeb Party, leaving Diab with the choice of forming a “one-sided” government that represents only the Free Patriotic Movement, the Amal Movement, Hezbollah and their allies.

A rift between President Michel Aoun and Diab over the Economy Ministry, as well as the size of the next government is also posing an obstacle to the Cabinet formation.

While Aoun has proposed Ayman Haddad, an economist, for the Economy portfolio, Diab wants the ministry to be allotted to Amal Haddad, the former head of the Beirut Bar Association.

Similarly, the FPM, the Amal Movement and Hezbollah, which nominated Diab to form a new government, are pushing for a 24-member government. But Diab was reported to have rejected a request by Parliament Speaker Nabih Berri during their meeting Thursday to increase the 18-member Cabinet lineup to 24.

The OTV channel, the mouthpiece of the FPM headed by Bassil, said Friday: “Things can be resolved if Diab agrees to increasing the number of ministers to 20 or 24.”

Local media said at the root of the Cabinet formation problem was Bassil’s attempt to obtain a veto power, or one third of the 18 ministers plus one, something that is rejected by Berri and Diab. Aoun’s and the FPM’s Cabinet share was set at six ministers in the leaked lineup, in addition to the Druze minister representing Arslan’s party.

The series of complications facing the government formation came after major progress was made in talks Thursday between Berri and Diab.

“I think we made very big progress today [Thursday] to the extent that we can say that we are on the brink of forming a new government made up of experts,” caretaker Finance Minister Ali Hasan Khalil, who attended the Berri-Diab meeting at the speaker’s Ain al-Tineh residence, said.

Since he was designated by Aoun on Dec. 19 to form a new government after gaining the support of a parliamentary majority, Diab has pledged to form a small Cabinet made up of “independent specialists” who are not affiliated with political parties. This is a major demand of hundreds of thousands of protesters who have taken to the streets since Oct. 17, calling for a change of the decades-old confessional ruling system, fighting corruption, and the removal of the entire political class they deem corrupt and incompetent.

But the leaked Cabinet lineup has failed to satisfy protesters. As the unprecedented popular uprising entered its fourth month Friday with no signs of letup, protesters blocked roads across Lebanon to denounce the Cabinet lineup.

Violence briefly threatened to taint popular protests again Friday night as the Central Bank headquarters in Hamra was targeted by a handful of demonstrators late in the evening.

Riot police from the Internal Security Forces quickly arrived at the scene but no scuffles ensued, in a stark contrast to the previous few nights.

Earlier in the day, protesters closed off key roads in several areas in Lebanon, including Beirut. 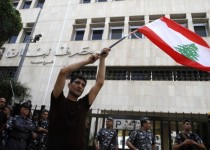 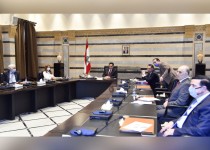