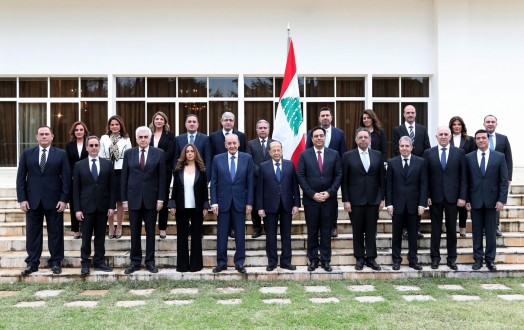 Five new ministers in Prime Minister Hassan Diab’s 20-member Cabinet were sworn in Friday. New Energy Minister Raymond Ghajar said that his work at the ministry would be in line with that of his predecessor. “We have to continue what minister [Boustani] has achieved in less than a year,” he added at the handover ceremony.

He said he had worked with former Energy Minister Nada Boustani in the past as advisers at the ministry.

“We can’t ignore the burden [caused by] Syrian refugees who use up an important part of the electricity,” Ghajar added, and called on the Lebanese people to give the new government a chance to prove its ability to face the challenges presented by the ongoing crisis.

Boustani, in turn, also mentioned her work with Ghajar.

She said she worked with him for 10 years and prepared the electricity policy paper, “which has become the basis of all projects and strategies previous Cabinets and ministers have followed.”

Meanwhile, new Minister for the Displaced Ghada Shreim Ata said she hoped that the issue of the internally displaced Lebanese would come to an end.

“I hope to be the last minister to hold this post and to close this painful page in Lebanon’s history,” Shreim said, referring to those displaced from their homes during Lebanon’s 1975-90 Civil War.

“The country is going through an economic crisis and people need help … it is our duty to stand by them,” Shreim said.

Atallah said he did everything to cut government expenses during his term and that Shreim should fiercely work to protect people’s rights.

New Education Minister Tarek Majzoub said Friday that the slogan of his ministry would be “quality and flexible education for all.”

Majzoub, speaking during a handover ceremony, said that education was the basis for establishing the generations to come.

“I had been teaching at universities since I first graduated, before joining the judiciary,” he said, speaking of his background.

Former Education Minister Akram Chehayeb, in turn, discussed the accomplishments he made during his tenure.

Chehayeb said he hoped the emergency committee, which was formed after Oct. 17, continues its work during these hard times. 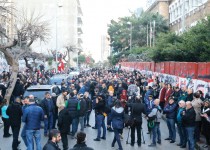 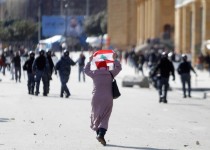 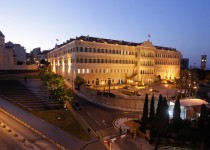